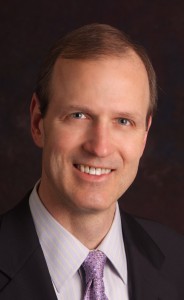 Texas Health and Science University is pleased to announce the addition of Mr. Dan Puhl to our MBA faculty! Dan Puhl has worked in not for profit, for profit, and federal government positions for 25 years, culminating as a Plant Manager for Sodexho Marriott Services. After completing his MBA, he continued accounting studies and passed all four sections of the CPA examination on the first attempt in 2002. He worked as financial controller for small businesses until being called to Active Duty to command the mobilization and demobilization activities at Fort McCoy, Wisconsin for two years. After returning to Minnesota, he managed Fairview Health Services $2 billion annual cash flow and $1.6 billion of investments until being selected as Chief Financial Officer for the 2008 Republican National Convention. Following the Convention, he started Cardinals FEC Compliance Services, PLC to provide contribution processing, recordkeeping, and FEC reporting for federal committees. In 2011, he accepted the position of Chief Financial Officer for the Republican National Committee.  In 2012, he resumed his work with Cardinals FEC Compliance Services as they added national, state, PAC, and candidate client committees. Dan holds master’s degrees in Business from Metropolitan State University, and Strategic Studies from the US Army War College.