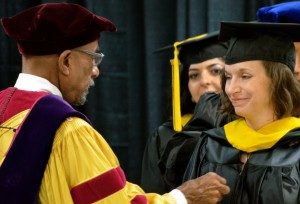 In December 2012, the college received an initial grant of accreditation from the Accrediting Council for Independent Colleges and Schools (ACICS), in addition to its ACAOM accreditation.  Then, in January 2013 the institution changed its name to Texas Health and Science University.  These changes reflect the broadened mission of the University, which allows for additional programs, such as the new Master of Business Administration and the Master of Business Administration in Healthcare Management programs.  The University’s mission and curricula reflect an emphasis in enabling its graduates to have successful professional careers in the United States or global community.

The Acupuncture and Oriental Medicine program of the University has been carefully constructed to ensure that our graduates receive the highest quality education possible; that they are fully eligible upon graduation to apply for an acupuncture license in Texas; that with appropriate preparation they will pass the licensing examination; and that they will have every opportunity to be personally and financially successful as practitioners. Those students electing to pursue the dual degree will find their careers further enhanced with the ability to practice acupuncture on a global level.